What You Will Really Spend in Retirement 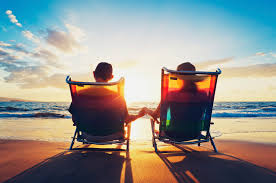 In speaking with clients, I have noticed that most find it hard to conceptualize how much they will spend in retirement. To get a better idea of an actual number, my associate, Ted Schwartz conveys the following concept to clients.

To begin, think about your retirement in three phases. In the first phase you are active, traveling, and possibly spending a good deal of money. In the second phase, you may be more sedentary and expenses will likely decrease. The last phase may entail higher medical expenses and more care.

When you first enter retirement, think about what you have been spending while employed. Realize that the time you have will be spent differently. Instead of the routine of going to work, which might include spending on meals, a midday coffee, work clothes, driving and parking, etc. you face new choices as to how you spend your time and money. You will want to structure your resources to accommodate your new lifestyle. This might entail going through a spending plan exercise to account for the change in spending habits.

Most often, individuals tend to miscalculate how much they will spend during this phase. Retirees usually spend more because they are still physically active and have more free time to use the money they’ve set aside.

Think about the transition from accumulating wealth to the phase of decumulation (drawing on your assets). Another factor to consider is that spending in retirement will increase due to inflation, which is important to account for. So while your spending habits might change, you also need to account for inflation.

Spending often declines in the second phase of retirement as you become less active and sedentary. As Fortune.com reported, data from the Government Accountability Office found that people between the ages of 75‐79 spend 41% less than people in their peak spending years. Typically, household spending declines as physical activity declines. During this phase, clients may reallocate the money drawn from their investments. This may present an opportunity to allocate resources to other goals that are meaningful to you such as grandchildren’s education, inheritance, or charitable giving.

The last phase of retirement can be greatly impacted by potential medical costs. According to cbsnews.com Blackrock’s 2017 study on retirement found that this is less common than people think, but still something to consider.

If you find yourself spending more in retirement than you had hoped for, take a breath. According to Kiplinger.com most individuals begin with a burst of activity and begin to slow their spending as years go by so take comfort in the ideas that you can change your withdrawal strategy as your retirement years progress.

If retirement is on your horizon and you would like to evaluate your spending and retirement savings more thoroughly, give us a call or send an email to meet. We are always happy to help.