Thoughts on the Market 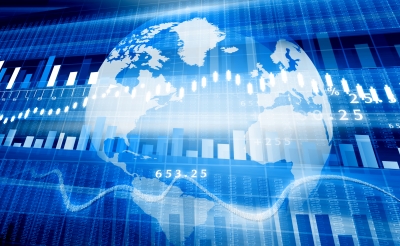 To say the least, it has been quite a year and we still have 4 months to go.  From the fastest bear market decline in history (a drop of 20% or more for recent high), to a market bottoming in late March, to an ongoing market rally that I think has surprised even the most optimistic investors out there.  I believe there are a few key reasons why the broad stock market indices have rebounded so well. Let’s examine what has propelled this rally.

First, interest rates are at historic lows with many government bonds at negative interest rates (would love to discuss this over the phone or lunch) and savings rates hover near zero.  This causes many investors and money managers to take higher risks in stocks to try to earn some return on their money.  Also, these low rates make companies debt cheaper (for now), which can help a company finance growth and re-structure old debt so that it is less burdensome.

As of now, global governments have injected over $9 Trillion into propping up economies during the pandemic.  The $2.3 trillion CARES Act provided stimulus checks to many Americans, expanded unemployment benefits, and offered many other forms of assistance.  The Paycheck Protection Program and Health Care Enhancement Act provided $483 billion in small business loans, as well as grants and direct funding to hospitals.  The government also stepped in to buy corporate bonds to provide liquidity to the markets, acting to stabilize the markets.  Much of these government interventions have either run out or are soon to run out like the extra $600/week unemployment benefit (now a reduced amount in some states).  Does the economy have enough stable footing without further government intervention or will congress need to pass more relief?

There was a very acute cause to the sell-off in the markets in late February and March.  It has been over a century since the last pandemic to hit the US and the first time since I’ve been alive that almost the entire economy was shut down all at once.  The market dislikes nothing more than uncertainty. Covid provided plenty of that, from shutting down consumer spending, shifting how work is accomplished, disrupting travel and supply chains, as well as threatening our health.  The economic numbers such as unemployment, GDP growth, manufacturing and many more were some of the worst in history in April and May.

However, as numbers had bottomed; they were extremely terrible, then improved to only terrible the next month, then by August unemployment was just really bad. The same trajectory occurred for the GDP (gross domestic product). By April, it was miserable, but could only go up from there.  Starting economic figures from such an abyss, they could only improve, and the market likes an improving economy.  Also, there started to be positive news on the virus from a rush to develop a vaccine with many starting trials, to falling mortality rates. At the same time, things were slowly able to open again.

All this said, it has been a tale of two markets this year.  Large mega tech stocks such as Apple, Microsoft and Amazon (and many other similar companies) have soared to all-time highs and continued to climb as of this writing.  However, value stocks like banks, utilities, industrials, have rebounded a bit from March’s lows, but most are not anywhere near their all-time highs.  The famous Warren Buffett’s Berkshire Hathway (BRK) is still down for the year.  As a matter of fact as of August 20th, 2020, only 23 of SP 500 stocks were at an all-time high and the average SP 500 stock is 28.4% below its all-time high. So, the rally has mostly benefited only those companies who are well suited to the new conditions of the pandemic.

There has been a shift towards technology for decades, but the virus accelerated that shift with work from home, touch-less payments, etc., so the rise in technology names makes some sense.  However, have they gone too high, too fast and are the value stocks an actual “value” now?  That’s the million dollar question that no one knows, including us at Capstone, but we try to position for your long term needs whether your objective is growth, income or preservation of capital.

It will be very interesting how the market does for the remainder of 2020 with so many unknowns with the virus and oh yeah, I hear there is an upcoming election.  We have seen full cycle of Fear and Greed in the markets so far this year leading to extreme peaks and valleys.  This is why we try to focus on long term investing and strategies to help achieve your long-term goals.

Also, a few interesting things just happened in the stock market, from Apple and Tesla stock splits, to a couple big shifts in the 30 companies that make up the Dow Jones index.  That will give me something to write about soon, but until then, always feel free to call or email anytime.

Image courtesy of bluebay at FreeDigitalPhotos.net